An international patent application under the Patent Co-operation Treaty (the PCT) provides a streamlined opportunity for seeking protection in several countries worldwide. The life of a PCT application consists of the initial international phase, followed by national or regional phases.

The PCT phase can be an opportunity for a strategic pause in active prosecution of the application for 18 months or more, during which an applicant can develop their invention and monitor the likelihood of its success, before re-assessing the commercial value ahead of the costs of national phase entry.

Alternatively and additionally, the PCT offers applicants opportunities to advance prosecution, to put the application in better shape for examination in the national phase. In particular, the PCT also offers applicants the opportunity to amend the application during the PCT phase, under Chapter I or II PCT, with the prospect of securing grant more rapidly after national phase entry.

The PCT – An Overview

When a patent application is filed under the PCT, all Contracting States bound by the PCT on the international filing date are automatically designated. The application will then be subjected to an international search and will be published at or just after 18 months from its priority date. The deadline for the application to enter the national phase is generally either 30 months (e.g. in the US or Japan) or 31 months (e.g. in the UK or at the European Patent Office (EPO)). Although options are available under Articles 19 and 34 PCT for amending the application during the international phase, the applicant is not obliged to do so. Thus, if an applicant wishes, they may defer making substantive changes until the national or regional phase.

Supplementary searches in addition to the main international search (by an International Authority other than the designated International Search Authority) may be requested by the applicant, but this is again optional.

Once the search and any supplementary searches have been completed, an International Search Report (ISR) will be issued. The ISR and accompanying Written Opinion provide valuable information on the patentability of the claimed subject matter, which should inform the applicant’s decision on whether to continue with the application and how to conduct future prosecution.

Under Article 19 of the PCT, the applicant is entitled to one opportunity to amend the claims of their application in the international phase, provided this is done within the later of 2 months from transmittal of the ISR or 16 months from the earliest claimed priority date. The amendments must be accompanied by a letter setting out the differences occasioned by the amendments, and basis for the amended claims in the PCT application as originally filed. Optionally, in addition, the applicant may file a statement accompanying the amendments. However, the scope of such a statement is very limited: it cannot exceed 500 words, and it may not contain disparaging comments on the ISR, nor or on the relevance of any of the documents cited in the ISR.  The statement can only refer to such citations in relation to a specific amended claim.[i]

Art 19 PCT can be useful if the amendments required are straightforward. Such amendments can be useful, for example, to signal to investors or others that the applicant has options to address a negative assessment of patentability in an ISR. However, if the applicant wishes to submit comments necessitating dialogue with a patent Examiner, entering International Preliminary Examination (IPE) under Article 34 is likely to be the better option. 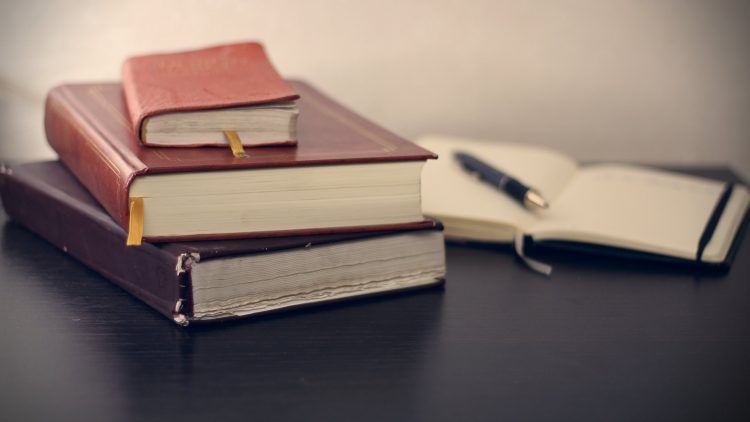 The applicant can optionally request International Preliminary Examination (IPE). The deadline for doing this is the later of 3 months from transmittal of the ISR and 22 months from the earliest claimed priority date. Requesting IPE provides the applicant with the opportunity to file amendments and arguments, including dealing with objections raised in the Written Opinion accompanying the ISR, and those will be taken into account by the Examiner in reassessing the application.

Whether or not an applicant decides to file a Demand for IPE typically depends on whether they would prefer to defer costs until the national phase, or whether they would prefer to progress examination at an early stage. Having the application examined at an early stage provides greater clarity about how the application will be received in the national phase. A positive International Preliminary Report on Patentability (IPRP) indicates that the path to grant after national phase entry may be relatively smooth. Conversely, if despite having gone through IPE, the Examiner remains unconvinced of the patentability of the claims, the applicant is put on notice that obtaining grant may be difficult without a change in approach.

One commonly considered factor, in determining whether to undergo IPE, is how broadly the applicant expects to seek protection. If it is likely that protection will be pursued in a large number of countries or regions, then central examination during the international phase in IPE may be more cost-effective than the process of requesting and undergoing examination in multiple countries later.

Another factor is how quickly the applicant wishes to progress prosecution. The compressed timescale for IPE means that two or more rounds of examination can be conducted in a few months, leading to a more rapid grant of the application than if examination is deferred until the national phase.

As an example, for a US-originating application where the US Patent and Trademark Office (USPTO) acted as ISA, and no supplementary International Search was requested, then the USPTO can act as the Examining Authority  – but the EPO cannot. However, if for the same application a supplementary International Search had been requested with the EPO as sISA, then the applicant could select either the USPTO or the EPO as the Examining Authority. As will be appreciated, the approach adopted in IPE by a USPTO Examiner could be very different to that of an EPO Examiner, so this may be an important factor in IPE strategy.

The IPE preliminary examination fee(s), along with the requirement to submit a power of attorney for IPE (in the case where an agent requests IPE on an applicant’s behalf) will depend on the Examining Authority in question. For example, the EPO has waived the requirement for a specific power of attorney to be submitted for IPE unless the agent representing the applicant for the purpose of IPE differs from the agent of record for the application.[ii]

Filing comments and amendments in IPE

Upon requesting IPE, the applicant needs to file comments and/or amendments. When considering whether or not to amend the claims at the same time as requesting IPE, a primary consideration will be the objections in the Written Opinion accompanying the ISR. However, further considerations are at play here, particularly the different approaches that will be taken in due course by national offices. Objections may be raised in the Written Opinion that are rather specific to the particular office that carried out IPE. While attending to the objection may be essential in order to proceed with IPE (a US Examiner may refuse to examine a set of multiply dependent claims, for example) a better option may be to resist making country-specific amendments in the international phase. For example it is common to resist adding reference numerals to the claims and/or resisting framing the claims in the two-part form preferred by the EPO. Where the Examiner raises a more substantive (and rather country-specific) clarity objection in the Written Opinion or during IPE, one option is to withdraw the claim from consideration for the purpose of IPE (but not delete the claim) thus retaining a claim to that subject matter while deferring addressing the objection until after national phase entry. This gives the applicant an opportunity to focus on novelty and inventive step during IPE, without being side-tracked by issues that are ultimately a matter of local practice. 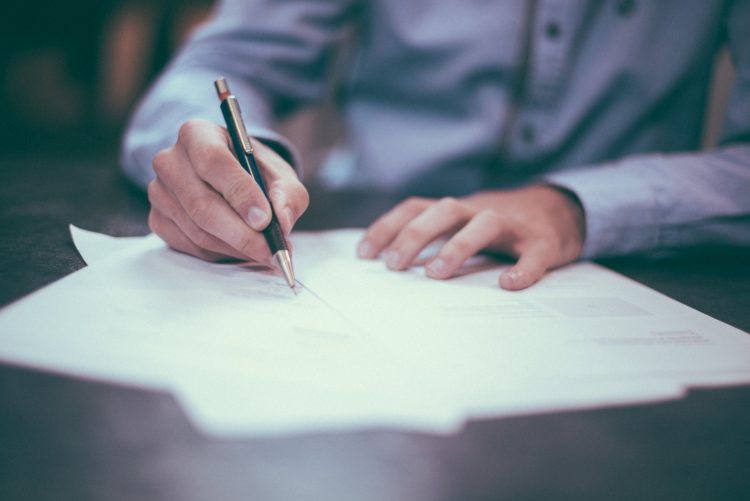 Dialogue with the Examiner

A request can also be made for the applicant (or the applicant’s representative) to be contacted by telephone during IPE. A conference by telephone can be a helpful opportunity to more fully understand the Examiner’s position (the nuances of which may not always be immediately evident on the face of a Written Opinion) and to advance persuasive and relevant comments. This can be particularly useful if the deadline for issuance of the IPRP is approaching. In that case, reaching an agreement with the Examiner by telephone (and following up in writing, e.g. by making amendments discussed over the phone) may be the better option. Strictly speaking, a phone call counts as a further round of correspondence and it is open to an Examiner to treat their note of a phone call as a second Written Opinion, or a substitute for an applicants’ written response. However, more often, the Examiner will allow a further written response following a telephone consultation.

If all objections are overcome by the amendments and/or comments filed with the Demand for IPE or in response to a second Written Opinion, the Examining Authority will issue a positive IPRP.  If objections remain after conclusion of IPE then those objections will be set out in the IPRP.

While the IPRP does not bind the local Examiner during the subsequent national/regional phase offices, it tends to carry considerable weight with them (although this will depend on the relationship between the local patent office and with the International Examining Authority in question). Therefore, if the IPRP is favourable with regard to novelty and inventive step, it can provide the applicant with a strong head start for examination in the national/regional phase.

To conclude, while IPE may not be appropriate for each and every PCT application, it can be an attractive option to streamline prosecution of the application, and can provide a first step on the journey to obtaining allowance in multiple jurisdictions.

On the other hand, not all national offices have offered to act as a supplementary International Search Authority (sISA) and so this may be of limited value. For example, while the EPO offers this service, the USPTO and SIPO do not.

A note – Corrections in the International Phase under Rule 91 PCT

As is typical in national patent law in many jurisdictions (for example, in the UK and at the EPO) a distinction is made between amendment and correction of an application (and/or associated documents) under the PCT. Notably under the PCT, only obvious errors may be corrected under Rule 91 PCT, and this must be done within 26 months of the priority date. Corrections of errors in the PCT Request Form are dealt with by the receiving Office; corrections in the specification are dealt with by the International Search Authority, or if IPE has been requested, then by the International Preliminary Examining Authority. To be ‘obvious’ within the meaning of Rule 91, it must be obvious to the competent authority (the rO, the ISA or IPEA) that nothing else could have been intended other than the proposed correction.

If you wish to discuss PCT or any other patent matter, please get in touch.

[ii] For further information on the EPO as IPEA, see: https://www.wipo.int/export/sites/www/pct/guide/en/gdvol1/annexes/annexe/ax_e_ep.pdf. The EPO may act as International Preliminary Examining Authority only if the international search is or has been performed by the EPO or by one of a set of specific national Patent Offices based in Europe. 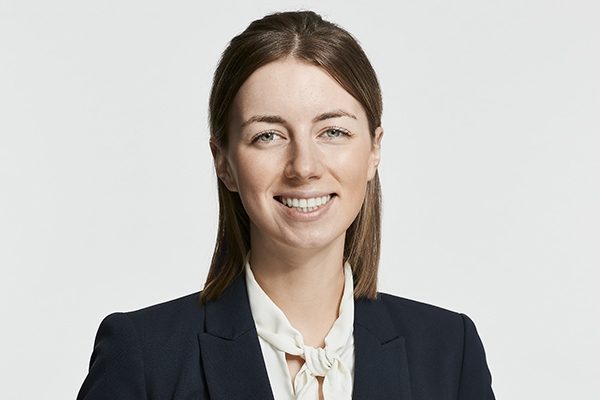